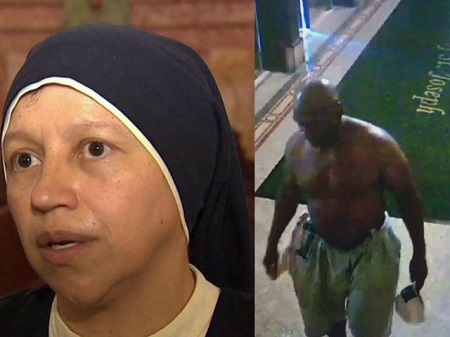 in her religion and then threatened to kill her,

police said.
Sister Maria Amador, 49, was praying for her mother in a pew at the Co-Cathedral of St Joseph in Brooklyn, when the man walked in around 2pm.

Surveillance footage in the vestibule of the church that was released by the Diocese of Brooklyn, shows the shirtless man pacing back and forth.