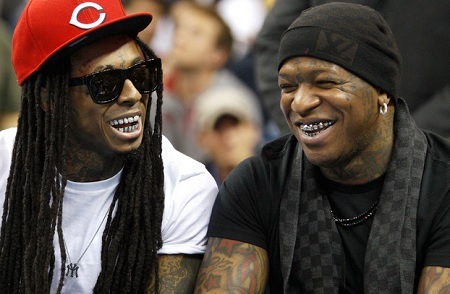 Back in April 2015 Lil Wayne’s tour bus was shot at as he was leaving a late night club in Atlanta.

Jimmy Carlton Winfrey was later captured in the shooting, According to the docs, Soureces say Winfrey made a phone call that was owned by Birdman “Cashmoney Boss”.

According to TMZ Jimmy is  saying Birdman  should be behind bars too, In new court documents  he states he shouldn’t be singled out for the crime, when “Birdman’s financial dispute with Lil Wayne is what ultimately led to the shooting.”

So, Winfrey argues, “[Birdman] should be held liable as a party to the crime.”  He’s not specifically saying Birdman ordered the hit, but essentially that’s what he’s saying.