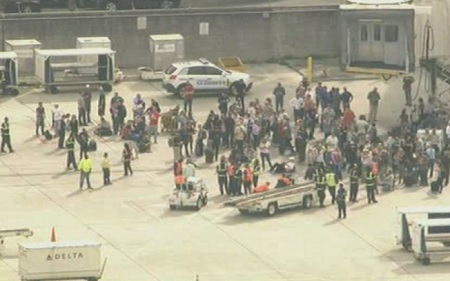 On Friday 1/16/2017 a gunman who is now in custody opened fire leaving five dead and eight people wounded, officials said..

Authorities gave no details on a possible motive for the shooting inside Terminal 2, which serves Delta Air Lines and Air Canada.

The airport suspended operations as law enforcement authorities rushed to the scene and emergency medical workers treated at least
one bleeding victim on the tarmac.

President Barack Obama was briefed on the shooting by his Homeland Security adviser, the White House.

Video posted on Instagram appeared to show several people wounded in the baggage claim area of the terminal.
One person appeared to be lying in a pool of blood with a head wound
Paramedics could be seen treating a bleeding victim outside the airport. Hundreds of people stood on the tarmac as an ambulance drove by.