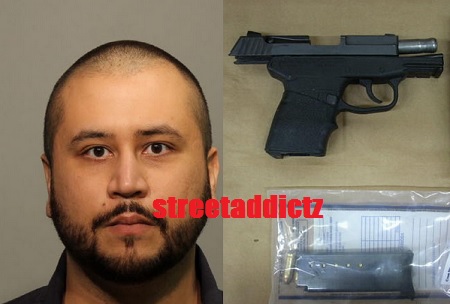 George Zimmerman is auctioning off the gun he used to fatally shoot Trayvon Martin on February 26, 2012, in Sanford, Florida.

. Zimmerman, who was found not guilty of second-degree murder and manslaughter after arguing self-defense, explained in an interview with WOGX, “I’m a free American. I can do what I like with my possessions.” He said he got the gun back after the trial, and thinks he should auction it off because “it’s time to move past the firearm, and if I sell it and it sells, and I move past it.”