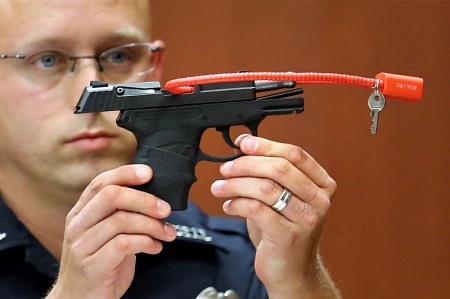 Last week George Zimmerman announced that he was auctioning off the gun he used to kill Trayvon Martin back in 2012.

According to TMZ  some sick Azzhole purchased the weapon for $120,000 just to become the owner .

7 people are said to have been a part of the auction and the winner is still anonymous, but we have a feeling that they won’t stay that way if the internet has anything to say about it.

While there are many reports stating that the winning bid was $138,000 based off of fake bidders, but sources say $120,000 was the final selling price.