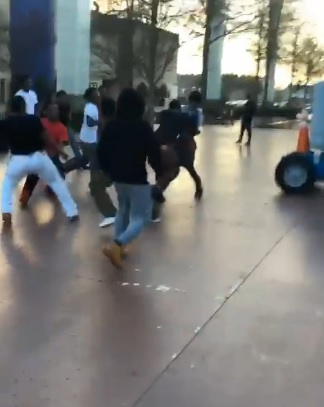 LITHONIA, Ga. -Shots was fired today around 5:30pm outside of a DeKalb County mall.

This video was recently recorded on a cell phone showing a incident happening outside a Stonecrest Mall in Lithonia.

A man appears to be laying flat on the ground after a altercation broke out and ended up outside where shots were fired..

Stores nearby then went on lock-down according to one employee who said that gates were closed and customers were gathered inside.

Soon a call for evacuation was made over the loudspeaker, the employee reported.

Police are actively searching for a suspect who fired shots at a mall in Lithonia.

Check out the footage below