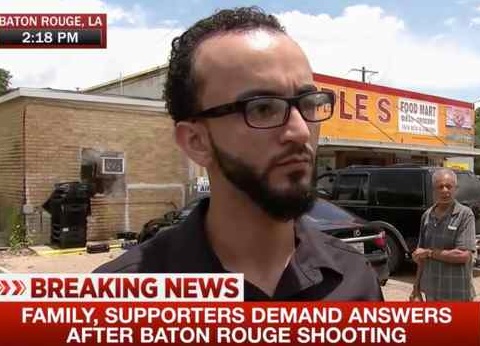 Abdullah Muflahi owns Triple S Food Mart, the convenience store in Baton Rouge, Louisiana, where Alton Sterling was fatally shot by police early Tuesday morning. Muflahi told reporters he saw the shooting and has described the scene for various news outlets. Muflahi told CNN that he has known Sterling for six years and let him sell CDs in front of his store. Local newspaper The Advocate reported that the CDs contained everything from music to movies, and that Sterling would lay them out on a table outside the store.