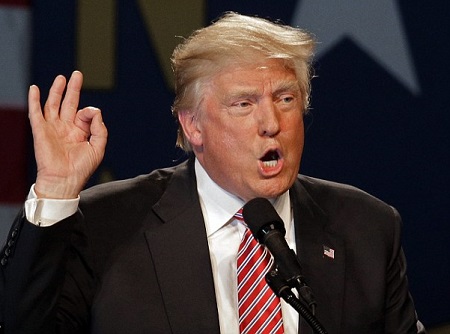 Donald Trump‘s walk of fame star was recently destroyed and the suspect has who’s responsible has been arrested..

LAPD did not immediately disclose the suspect’s identity, but said the person was arrested without incident and was being booked at the Men’s Central Jail in downtown. The charge was not specified.

According to reports, the man in question is Jamie Otis. Otis told Deadline Hollywood on Wednesday that he’s responsible for the damage. He claimed he originally intended to remove Trump’s star and wanted to auction it off to raise funds for the 11 women accusing the GOP presidential candidate of groping them. Trump has denied the groping allegations.