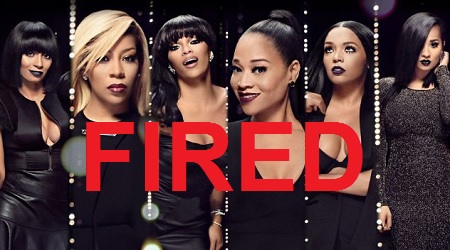 According to sources the entire Love And Hip Hop has been booted off the show because they want BIGGER stars.

Rumor has is that Love & Hip Hop Atlanta has plans to fire their entire cast and replace them with a more star-studded lineup.

Allegedly the producers on the show have been reaching out to all of Atlanta trying to get new cast members.

The only problem is there is no real reason a “real celeb” would need to appear on the controversial reality show.

Love & Hip Hop Atlanta will be filming the reunion on the 28-29th of this month.

We couldn’t imagine a cast without Stevie J, Joseline Hernandez the Puerto Rican Princess, and the new addition of crazy, Tommie.

For now these are just rumors but think about this guys..

Karen King is facing a 30 year sentence for forgery and identity theft.

Scrapp DeLeon is in prison until 2021

Tia Becca and Tommie both criminal records were revealed.

Stevie J exposed his relationship with Joseline Hernandez as a scam.

Waka Flaka Flame and Tammy are separated and so on..

Will you still be tuned in if there are new stars?