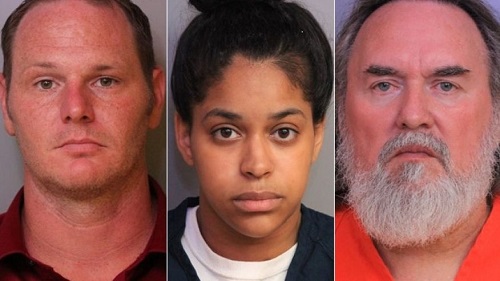 3 Walmart workers in Lakeland have been charged with manslaughter in the death of a man who was shoplifting in February.

The incident occurred 3:05 a.m. Feb. 7 after the shoplifter, Kenneth Edger Wisham, 64, tried to leave the Walmart while a shopping cart full of DVDs, police said. The three employees chased after him. He fell and the employees detained him while waiting for police to arrive.

The employees noticed he had stopped breathing and, despite efforts to revive him, Wisham died.

According to police, an autopsy revealed Wisham had 15 broken ribs at the time of his death. His cause of death has been ruled mechanical asphyxia due to restraint.

“If you are shoplifting there is a result that you have to pay, it should not result in losing your life,” said Sgt. Gary Gross.