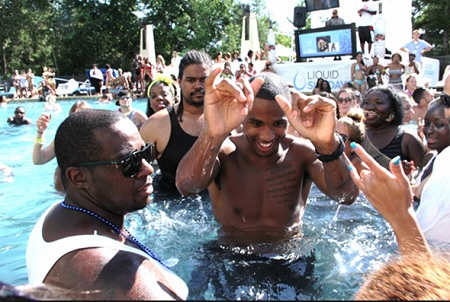 Trey Songz threw a wild party yesterday in Virginia where hundreds of people showed up and two fights broke out.One fight involved females and the second was between rapper Shyglizzy and his Gang..
According to sources a man was attacked by Glizzy and his friend, and he had no idea why.

We have yet to hear from Glizzy or Trey about the accident but as seen in the video below the bystander suffered a busted lip and several bruises on his face. The rapper seems upset he didn’t get his fair shot with Shy and claims that it’s not over.