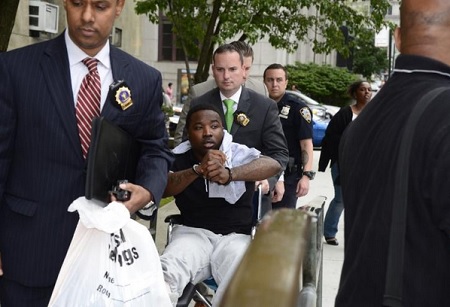 Troy Ave was wheeled into Manhattan Criminal Court after he was charged in deadly Irving Plaza shooting at the T.I. concert. Roland Collins aka Troy Ave pleaded not guilty to his attempted murder charges on Monday and was remanded without bail. According to Troy’s lawyer, he’s the true victim in all of this, and not the assailant. Lemon says there’s much more to the story than the video that surfaced tells.