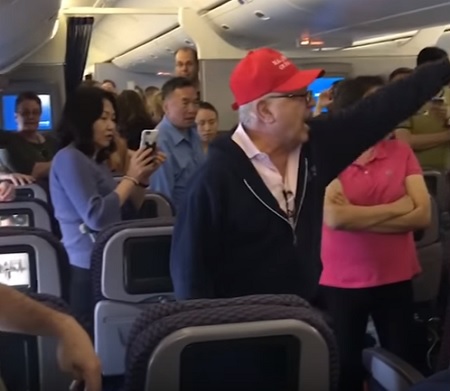 According to United Airlines, the incident began unfolding on Sunday afternoon during boarding when the senior in the ‘MAGA’ cap grew increasingly disruptive when flight attendants tried to have him vacate another passenger’s seat.