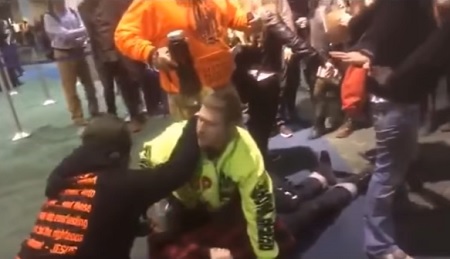 Trump Supporter Knocked Out By Protesters At Portland, OR Airport after Muslim Ban..Thousands of protesters are expected to gather in front of Downing Street on Monday evening to protest Donald Trump’s immigration ban. The executive order has sparked global outcry after the US President blocked immigration from seven Muslim-majority countries and suspended refugee settlement in the country.