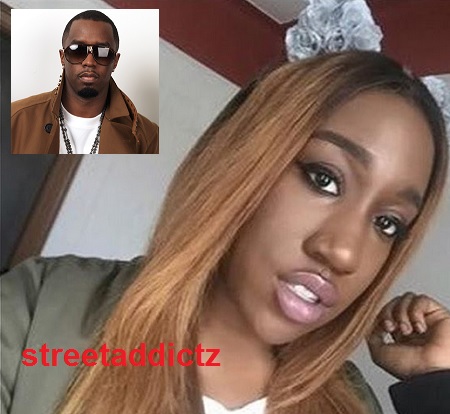 20 years old T’yanna Wallace has had enough of Puff Daddy ..The daughter of legendary rapper Biggie Smalls had a couple of words for Diddy today..

Tyanna  took to her Twitter accouunt today 4/6/2016  to air out the Bad Boy Records CEO for not reaching out to offer her a ticket to the Bad Boy Family Reunion Tour stop at the Barclays Center in Brooklyn.
T’yanna feels like it’s a slap in the face since the tour is supposed to be in honor of her late father, real name Christopher Wallace, who was signed to Diddy’s label.

She wrote “This bad boy concert is for my dad’s bday but I got not one ticket. just wanna point that out,”. “Haven’t spoken to puff in years, I guess that’s why I didn’t get a ticket to the concert. Puff does nothing for my family. Tired of lying for his lame ass!” Diddy got wind of what was being said and reached out to T’yanna to make things right.

Check it out below 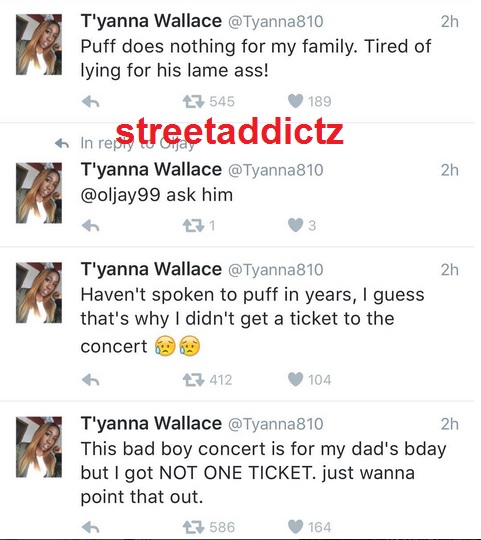 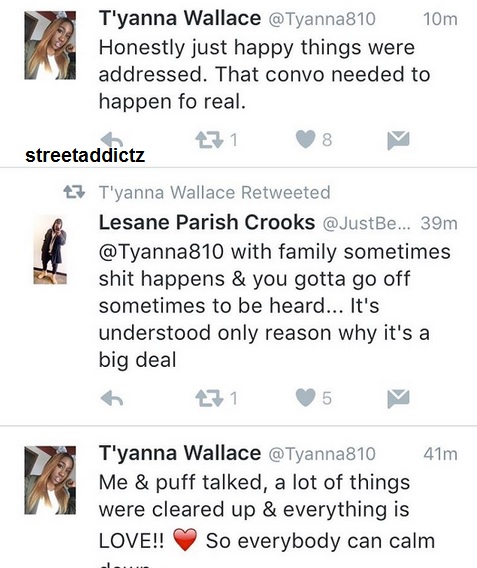