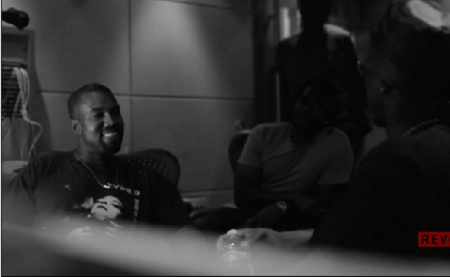 VIDEO Kanye West plays “All Day” for Diddy, It looks like Kanye West let Diddy in on his creative process while he was finishing up “All Day.” Planted like a fly on the wall, Revolt was in the studio while ‘Ye asked Puff for some honest advice about his work in progress. On Tuesday, Diddy officially announced that he’ll be spending the next 12 months only” producing for artists like Kanye West and Pusha T, and just two days later, we’ve got a look at one of his studio sessions with Yeezus. Revolt exclusively shared footage with MTV News of Diddy and Kanye West in the studio polishing up the recent single “All Day,”  which Yeezy premiered at the BRIT Awards. Check it out below.