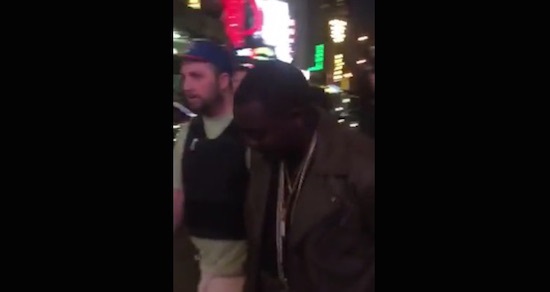 Kidd Kidd was set to perform on the Live stage last night in New York the 2015 XXL Freshmen concert.

The NYPD arrived at the show before Kidd was even able to perform….According to TMZ, NYPD has been looking for Kidd Kidd since Feb, when he allegedly assaulted and strangled a woman in a domestic dispute.

The show never ended because G unit held it down for him in his absence.

Hit the next pages to watch the videos.