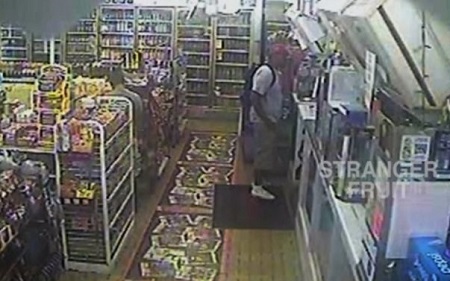 New surveillance Video of Mike Brown sparks protests, Someone Shot At Police.
A fresh round of protests erupted in Ferguson, Missouri, on Sunday, March 12, following the release of new information about the fatal shooting of Michael Brown.Protesters gathered outside Ferguson Market & Liquor, one of the last locations where Brown was seen, in a new video, calling for justice for the 18-year-old shot dead by Ferguson police in August 2014. Shots were fired during the protest but no injuries were reported, according to the St. Louis Post-Dispatch. Police arrested at least four people.
New footage, included in a documentary, emerged showing Brown in the Ferguson Market & Liquor store just hours before his death. Documentary filmmaker Jason Pollock claims Brown appeared to have traded a bag of marijuana for cigarillos, contrary to police statements that Brown was involved in a armed robbery at the store.This claim was denied by the store’s attorney, according to the St Louis Post-Dispatch.
Brown’s fatal shooting sparked days of nationwide protests against police brutality. Credit: Derk Brown