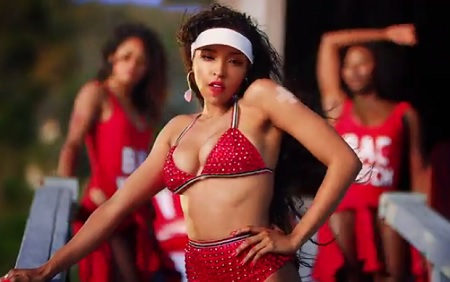 In the exclusive video the 23 Year-Old plays a life guard and shows off some of her dance moves while having a great time on a beautiful beach with friends.

The track was released on July 15, 2016 and written and produced by Tricky Stewart and The-Dream.