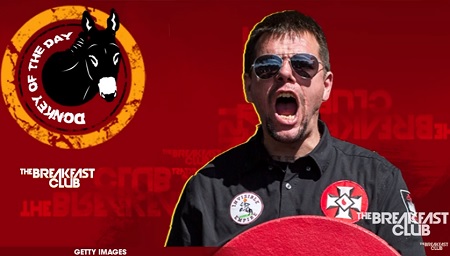 Donkey Of The Day: White Nationalists And Ku Klux Klan Rally In Charlottesville.

Hundreds of protesters descended upon Charlottesville, Virginia, on Saturday for a “Unite the Right”

rally: a belated coming-out party for an emboldened white nationalist movement in the United States.

The rally was dispersed by police minutes after its scheduled start at noon, after clashes between rallygoers and counter-protesters, and after a torchlit pre-rally march Friday night descended into violence.