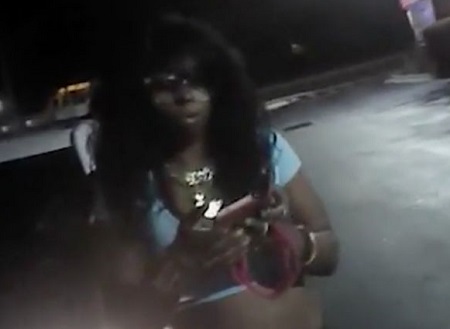 Police told Latina Herring and her son to “stop calling 911″ hours before they were murdered.

Body cam footage shows officers responding to two 911 calls Monday morning. They say the shooting spree that killed Herring and her son and wounded four others began with an argument over keys.

Three hours before Latina Herring was murdered she can be seen on police body camera video arguing with her boyfriend, Allen Cashe.

Cashe is accused of taking his AK-47 and killing Herring and her 8-year-old son and attempting to kill her 7-year-old son, her father, and two other bystanders.