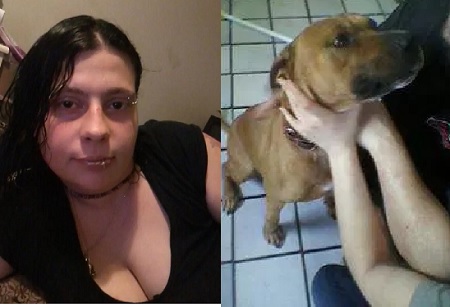 A warrant for Amber Finney‘s arrest was issued by Warren, Ohio police after they say she was shown on video performing sexual acts on a dog.

33 year-old Amber is now the first person to be charged with bestiality in Warren, Ohio after the city introduced a new law against such sexual act.

Police received a video from a viewer showing a woman participating in a sex act with a dog and brought it to police. Police then began an investigation.

Under the new law, the crime is considered a misdemeanor but would allow for the removal of the animals until the end of the investigation or trial.

According to police, Finney said the video was fake, but they said it appears to be real.