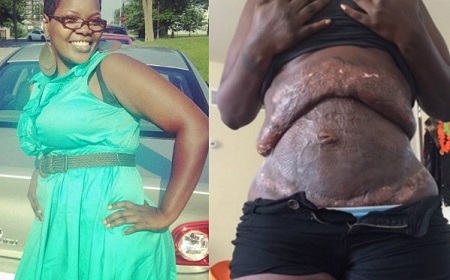 A mother-of-two has revealed her surgery nightmare after being left for dead following a botched tummy tuck.

Quanna Brown, 34, decided to have the operation in June 2015 after being called ugly and fat with her pregnancy weight. However, the ‘mummy make over’ procedure to improve her confidence went wrong. Her incisions opened and became infected.