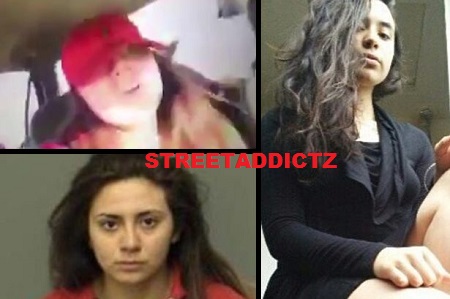 Sad: California woman has been arrested after livestreaming a fatal car crash on Instagram that killed her 14-year-old sister and injured another teen.

18, Obdulia Sanchez was arrested and charged with on suspicion of DUI and gross vehicular manslaughter while intoxicated behind the wheel of her 2003 Buick when the vehicle veered onto the right shoulder of the road.

According to the California Highway Patrol she over-corrected, causing the vehicle to swerve across lanes, crash through a wire fence and overturn into a field, the authorities said.

The two 14-year-olds in the backseat were not wearing seat belts and were ejected from the car during the crash, officials said.

In a statement, the California Highway Patrol said it is aware of the possibility of “video evidence located on social media” and is investigating.