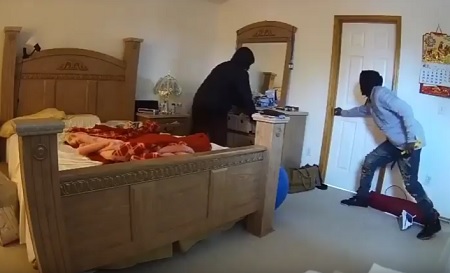 A homeowner noticed two males entering her house and locked herself in her bathroom then hid in the shower on Wednesday morning according to the Snohomish County Sheriff’s Office.

Around 10:30 am. surveillance video setup around the home shows the two robbers  strolling into the bedroom and trying to open the locked door before scampering away. He returns with his accomplice, who tries to coax the woman out of her hiding place.

According to police, the thief ripped off the jewelry that the victim was wearing before proceeding to turn over her bedroom for any other valuables. Both robbers are still at large.