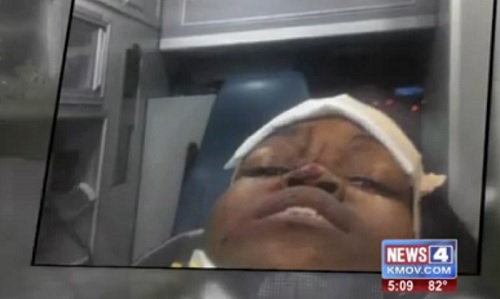 St. Louis County Police are looking for the person responsible for shooting a woman in the head Tuesday night.

The shooting happened around midnight near the intersection of Highmont and West Florissant in Ferguson, the shooter used a low caliber bullet which became lodged in her head.

The woman was talking when she was transported to an area hospital. The victim, who is expected to recover, posted a selfie to social media, from the ambulance, after the bullet struck her.