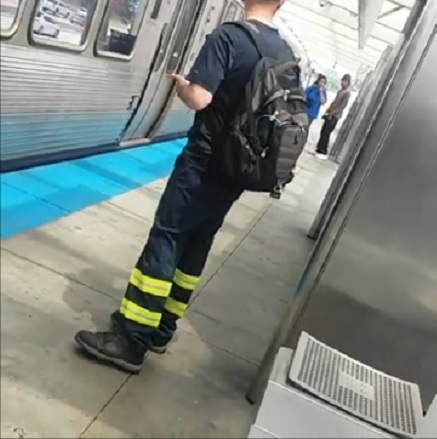 A man repeatedly stabbed a women to death on a subway train in Chicago on Thursday afternoon. The victim was 25 years-Old police said..

Chicago Police First Deputy Superintendent John Escalante told reporters that witnesses described hearing “some talk about a child” between the couple. Escalante said witnesses observed the man asking the woman a question. After she responded “no,” he stabbed her and slit her throat.

Other passengers called 911 to report the murder. The unidentified suspect turned himself into a police officer after getting off the train at the next st