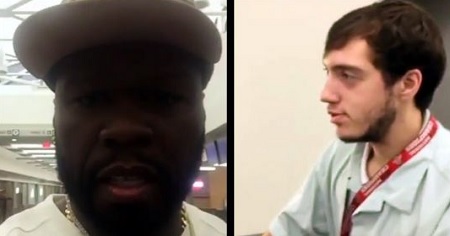 Curtis Jackson, known more commonly as 50 Cent, flew into CVG to do a promotion for a liquor company in Cincinnati. A selfie video he made quickly went viral. But now the family of the man wrongly accused of being on drugs wants the recording artist to set the record straight.