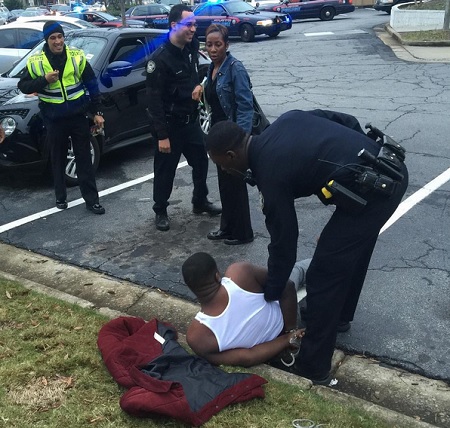 CMG rapper arrived at a Wells Fargo bank where he withdraw hundreds of thousands of dollars on Friday and was stopped outside by police.

“Blac Youngsta,” aka Sam Benson went to the Wells Fargo bank on Peachtree Rd. NE where he withdrew $200,000 of his own money from his account. He said when he came out of the bank, a police officer pointed at him.

After verifying his check police then apologized. Blacyoungsta said Benson police told him that someone had written a bogus check previously, but I’m legit,” Benson said. “They confused me with whoever they were looking for.”

He said police initially took $100,000 of his cash, but later said that he had gotten that money back.

The rapper said he was about to purchase a Mybach from the dealership down the street thats why he withdrawn all the cash.

LOOK AT HOW THEY TREAT A YOUNG RICH NIGGA #CMG

FEELS GOOD TO BE LEGIT #CMG