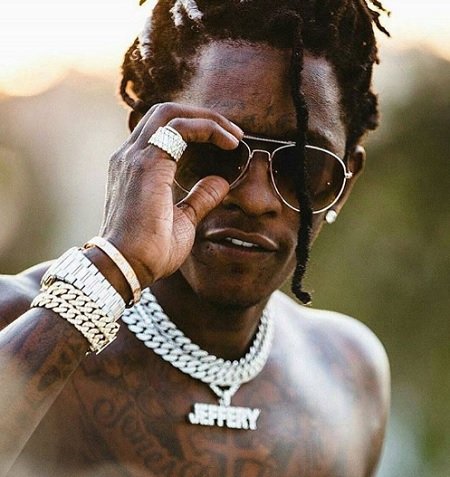 Rapper Young Thug was arrested by Atlanta police after he allegedly was involved in an altercation last weekend.

Thugga and his fiancee Jerrika Karlae were partying at an Atlanta nightclub when an alteration broke out outside between Jerrika and Valerie Raven.

According to TMZ, Young Thug took his fiancee side and stepped in and allegedly slapped the female, although the video that has surfaced around the internet showing the altercation did not actually show Thug hitting anybody police still arrested the rapper..